FIGHTING FOR THE RIGHT TO FIGHT: AFRICAN AMERICAN EXPEREINCES IN WORLD WAR II 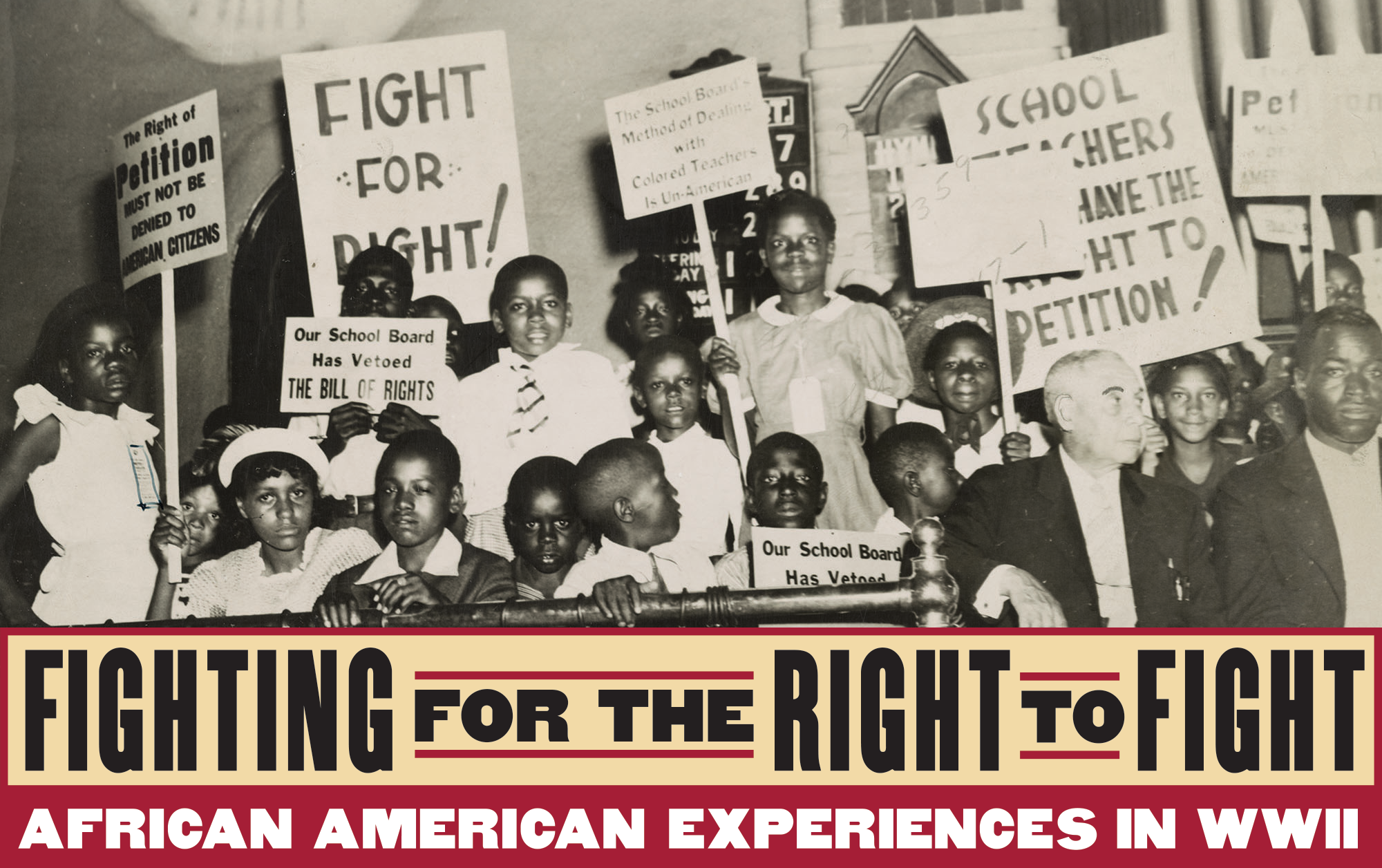 In the years leading up to World War II, racial segregation and discrimination were part of daily life for many in the United States. For most African Americans, even the most basic rights and services were fragmented or denied altogether. To be Black was to know the limits of freedom–excluded from the very opportunity, equality, and justice on which the country was founded. Yet, once World War II began, thousands of African Americans rushed to enlist, intent on serving the nation that treated them as second-class citizens. They were determined to fight to preserve the freedom that they themselves had been denied.

The centerpiece of the exhibit is an original eight-minute video about the famed 332nd Fighter Group (better known as the Tuskegee Airmen), who in many ways became the public focus of African American participation during the war. The piece is narrated by television personality Robin Roberts, whose own father flew with the Tuskegee Airmen during the war. The Historic Trust will share their story through The “Fighting for the Right to Fight: African American Experiences through World War II” Traveling Exhibit October 1, 2021 – January 15, 2022.